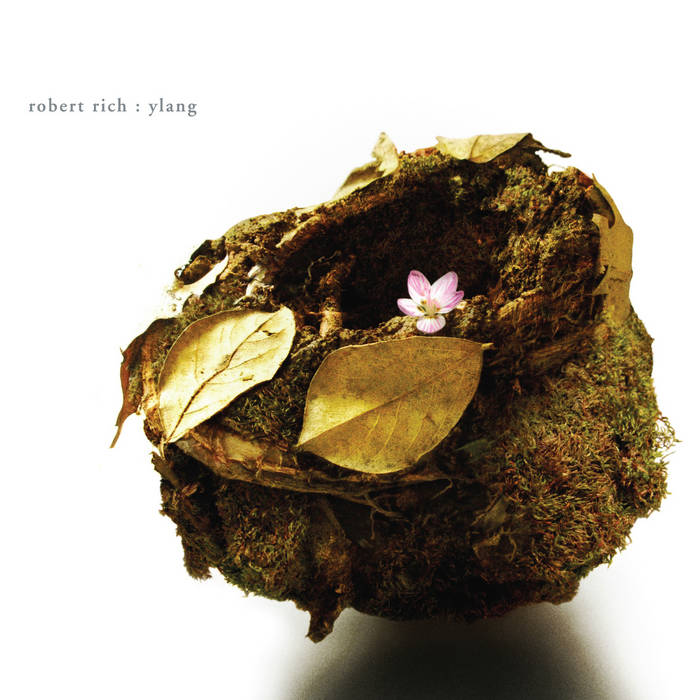 rikm There's a beautiful melodicism that shines through on Ylang, with Rich's use of wind instruments and percussion adding a strong organic quality to the album that takes it to the next level.

Really strong work from a star of the ambient genre.

Richard Gürtler With "Ylang" Robert delivers some of the most exotic perfumes as he did on masterworks like "Propagation", "Yearning" (with Lisa Moskow) or especially "Seven Veils". Teamed with 8 guest virtuosos, Robert Rich explores absolutely exciting and fascinating territories by melting together various ingredients like ambient, jazz, world music (Carnatic music of India), post rock with his trademarking sounds of flute, lap steel guitar, percussions, piano and electronics. Big thanks to all involved!!!

If you are interested in a 5.1 channel high resolution surround version, you can purchase surround downloads from Surround Music One: surroundmusic.one/album/ylang/

Rich enlists help for this undertaking from a circle of trusted musician friends. The rhythmic scaffolding for the album comes from two very different drummers. Ricky Carter adds his intelligent sparse drumming, fluid with syncopation but complex in meter. These rhythms could be a slow motion homage to Jaki Leibzeit from Can. Post-processing transforms them into rubbery chuffing abstractions. The other rhythmic foundation comes from the Karnatic mrdungam playing of Sakthivel Muruganandhan, which also wanders into Rich''s sonic blender, shifting from slow motion digitized blurs into organic live duets with bansuri master Sunilkumar Sankarapillai.

Lilting in and out of this heady atmosphere of South Indian music and minimalist space jazz, the voice of art-pop virtuoso Emily Bezar adds a feminine intelligence to several pieces, and subtle melodic guitar additions from Haroun Serang augment Rich's soaring lap steel distortions. With acoustic bass from Paul Olguin and string additions from Forrest Fang and Hans Christian, the sonic texture warms to a glowing woody earthiness. Rich's audiophile production and delicate sound design glue the textures together into a seductive and inviting mossy nest. From these disparate elements, Ylang forms a sonic entity unto itself. While some "world music" may sound like a blur of undigested motifs, Ylang sounds like... Ylang.

Robert Rich uses analog synthesizers by Synthesis Technology, microphones by ADK, Josephson and Blue, preamps by Millennia and TAB, software by Apple, Audio Damage, Camel Audio, Izotope and Flux, among many other tools, with gratitude to those who seek excellent sound. Many thanks to Dixie and our friends who help along the way.

Art and design by John Bergin.