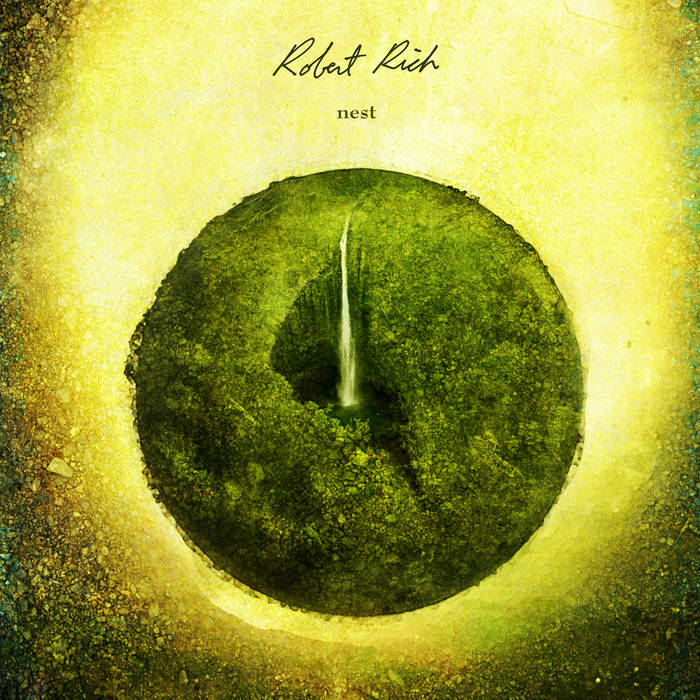 Patrick Burke This is so well done, both ethereal and engaging.

Jeff McKeehan This music washes over you and then envelops you. There's a lot going on that doesn't get noticed immediately. But it's there, and it's marvelous.

If you are interested in a 5.1 channel high resolution surround version, you can purchase surround downloads from Surround Music One: surroundmusic.one/album/nest/

A revery of landscape and internal spaces.

Maleny, Queensland Australia. February is summertime in this subtropical paradise. I heard dripping sounds late at night, on the wooden deck and leaves nearby, sparse percussion among cicadas and chirping tree frogs. I assumed it was condensation from morning's light rain. Next day, I looked up to see these drops coming from foamy packets suspended in forked twigs among the foliage. Tiny dots of frog eggs filled each frothy airborne puddle. These tree frogs had circumvented an amphibian's need for standing water for their young to mature. They created their own diaphanous ponds in the leaf canopy, strong enough to stay intact as eggs hatched and tadpoles developed lungs and legs, yet porous enough to absorb and retain moisture from the light summer rains. To me it seemed miraculous.

Nest represents unfinished business for me. It’s an album that might have come from my childhood, from a hidden quiet place. I rarely make such calm music. Nest folds inward like a nurturing cushion; yet it never sits motionless, it evolves towards a kernel of revelation with slow searching energy.

Nest began with recordings from the eastern Australian bush, when I was on tour in February 2012. I often incorporate natural sounds into my music, but this music wanted to live entirely in outdoor soundscapes, surrounded by a subdued yet palpable sense of life. This texture resembles my earliest releases like Sunyata, Trances and Drones, where the natural world integrates completely with the music.

I approach these juxtapositions of music and nature recordings with caution, as they risk sounding trite. For me, the combination works best when the music retains an attentive, submissive quality. For an album like this, I remove so much material during creation that I struggle to leave any music at all. Each note serves primarily to outline its own absence, to create an illusion of silence.

Like much of my music, Nest also explores tuning systems, including just intonation. Over time I have become more relaxed about tuning, shifting where the instruments sound most natural. Nest navigates towards harmonic intervals when piano is absent, toward equal temperament when piano dominates, searching for a certain fragile balance.

The final track in the download is a repeat of the entire album, flowing together continuously as I intend it. This version is uploaded in full 2496 resolution (FLAC format) so be sure to take advantage of that resolution in your download selection if you can. You will find a CUE list in the Bonus Items, which you can use to import the track names into a player like VLC. You might need to edit the filename in the CUE file with a text editor, to match the name of the file after downloading.